I came across this fascinating book called Windblown World: The Journals of Jack Kerouac 1947-1954 — which covers the period of time when he wrote his first novel The Town and the City and his second On the Road.

Basically, it’s a log of his word counts, which are insanely high (but we talked before about how much he writes) and his emotions as he writes. Check this out:

“This thought, concerning the change in my writing which now seems so important, came –: that it was not lack of creation that stopped me before, but an excess of it, a thickening of the narrative stream so that it could not flow. Yet tonight I’m really worried about my work. First is it good now? — and will the world recognize it as such. The world isn’t so dumb after all; I realize that from reading some of my unfinished or unsold novels: they are just no good. I will eventually arrive at a simplicity and a beauty that won’t be denied — simplicity; morality; and a beauty, a real lyricism. But the now, the now. It’s getting serious. How do I know if I’m reaching mastery?“~Kerouac, entry dated November 10

I know, right? If he writes this way in his journal, obsessing about the beauty of words and worrying about mastery…well, he was probably gonna accomplish something, right? There are pages of this stuff in this book. Kerouac goes through the writerly schizophrenia that’s in all of us writers. 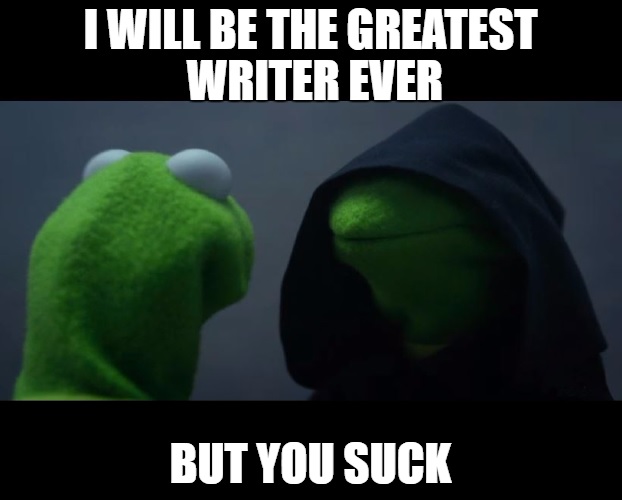 I think the fear comes, no matter how hard we work, because we wonder if we’re good enough, if anyone will ever notice, and whether the work is worth noticing at all. Self-doubt is an obstacle we all have to overcome. Even Kerouac.

(Or maybe that’s just my fear and you guys are all fine and dandy.)

The answer is the same regardless of whether you’re fearful or not: write and find out what happens.

Jenny writes dark fiction that her mother hates. Her stories and essays have appeared in Across the Margin, Pantheon, Shimmer, Black Denim Lit, Skive, and others. When she’s not writing her own stuff, she’s reading mysteries for Criminal Element. When she’s not writing fiction or reviews, she’s writing/directing/performing/designing plays at Springs Ensemble Theatre.